Remember when you first got your smartphone and you were able to get almost 48 hours out of one battery charge? Well, turns out that little honeymoon phase doesn't last forever. The more use you get out of your phone, the shorter its average battery life tends to get. A dead phone can be an extreme inconvenience -- but it isn't a difficult thing to avoid. While it will likely never last quite as long as it did in its glory days, here are some helpful tips to extend your phone's battery life.

1. Figure out what's using the most power
The first order of business is to find out what exactly is draining your battery to begin with. Head on over to your phone's settings and look for the "battery" section. There are a couple handy tools worth visiting here. Most importantly, there will be a succinct breakdown of which apps or services have been using most of your phone's battery power. Take note of the top offenders -- what is it that's contributing most to your battery's dwindling lifespan? The insight provided here can help you to be conscious of the activities that are killing your battery so you can avoid them when necessary.

2. Turn off functions that aren't being used
One of the most common culprits when it comes to excessive battery usage is having features on that aren't even being used. Functions such as WiFi, GPS and Bluetooth can be pretty sneaky when it comes to draining your power. Try to keep them off whenever possible. Turn Bluetooth off whenever you're done using an external device. Keep WiFi and GPS off if you're at work, in class or somewhere else you won't be frequently using your device (just make sure you remember to switch your WiFi back on afterward so you don't use up your data). Additionally, turn down your display brightness. Smartphone displays require quite a bit of battery power, especially when their brightness is turned up. You certainly don't have to keep it at the absolute minimum, but you'd be surprised what your eyes can adjust to once you've gotten used to keeping your display on a dimmer setting.

3. Persistently close apps that are running in the background
A common misconception is that once an app is no longer on your screen, it is no longer running. Unfortunately, this isn't the case. Leaving an app through use of the home or back buttons usually pushes it into the background rather than closing it. Think of this as minimizing a program on your computer rather than exiting it entirely. These apps continue running (and draining your battery life) until they're closed manually. Closing apps is done differently on different devices, but try looking for a rectangle icon next to your home button or double tapping the home button itself. Once you've accessed the screen that shows all of your currently-running programs, simply swipe them out of the way to close them. This is something that you should make a habit of doing every time you lock your device.

4. Make sure your screen always gets locked
Speaking of locking your device, it's important to make sure that you do so. It's easy to drop your phone back into your pocket, purse, etc. without remembering to lock the screen first. This means that your device is going to stay lit up while it isn't being used, taking a huge toll on your battery life. Additionally, you should adjust your display settings so that your phone screen automatically dims just a short amount of time after being used. Navigate to your device's settings and find the "display" section. In here, you'll find a setting titled something along the lines of "screen time-out" or "dim screen after 'x' number of seconds." Select the shortest option available so that even if you put your device down without remembering to lock it, the screen will still power down promptly and spare your battery power.

5. Use a power bank
Lastly, an external power bank is an excellent investment if you have issues with short battery life. Also referred to as "external batteries" or "portable chargers," power banks allow you to charge your device on the go as long as they've got some juice in them. A lot of people don't necessarily think that they need a power bank, but you might be surprised just how much use you'll get out of it. You can even find highly rated ones at pretty low prices if you browse Amazon. At the end of the day when you charge your device, make a habit of plugging in a power bank as well. This way, your device can essentially have a second life once its internal battery gets low.

Having a phone that dies halfway through the day can be both stressful and inconvenient. Fear not -- taking these tips into account is sure to extend its battery life.

[HEADS-UP] What are “WannaMine” attacks, and how do I avoid them? 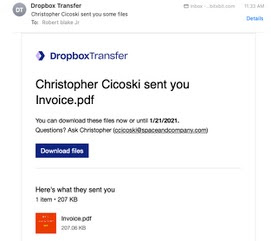