A Florida municipal water plant breach raises alarm, ransomware impacts hospital care in France, our special look at 3 ways that MSPs and SMBs can work together to fight ransomware plus how to make a battle plan for your MSP’s charge to greater profit! 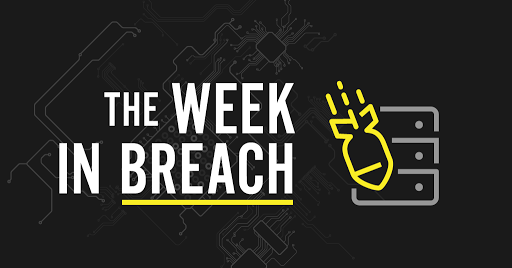 An unknown party gained unauthorized access to an employee’s email account at Syracuse University. The university launched an investigation with a third party firm that determined in early January that emails and attachments in the account that had been improperly accessed did contain names and Social Security numbers of students, and those affected who have been informed by letter.

Impacted students may have had names and Social Security numbers exposed. officials aren’t clear on how much data was stolen or who may have taken it. Students should be alert to potential identity theft or spear phishing attempts

Security researchers found a critical bunch of vulnerabilities in chess.com’s API. The flaws could have been exploited to access any account on the site. They could also be used to gain full access to the site through its administrator panel. The website quickly fixed the problem after they were informed. There’s no current evidence that it was accessed by bad actors before it was patched.

Nebraska Medicine and the University of Nebraska Medical Center have begun notifying patients and employees whose personal information may have been compromised in a breach in late 2020. Bad actors gained access to Nebraska Medicine and UNMC’s shared network using unnamed malware. The breach led to the interruption of some services including the postponement of patient appointments and required staff in the system’s hospitals and clinics to chart by hand.

Nebraska Medicine officials say that the incident did not result in unauthorized access to the health system’s shared electronic medical record application. However, an unspecified number of records that included information such as names, addresses, health insurance data, Social Security numbers and clinical information was compromised. Patients and employees should carefully watch for identity theft, spear phishing or fraud attempts using this data.

In an attack that made national headlines, bad actors are suspected of using stolen credentials to access operational systems at a Florida wastewater treatment plant. The attackers likely used remote access software to enter the operations system with the intent of changing the level of sodium hydroxide, more commonly known as lye, in the water from 100 parts per million to 11,100 parts per million. Other systems detected the chemical change and stopped it before anyone was hurt. Officials suspect that the compromised credentials may have been part of a huge 2017 data dump.

A suspected Egregor ransomware attack has caused significant operational disruption at French medical center Dax-Cote de Argent Hospital. Staff were resorting to pen and paper for records, phone systems were knocked out of operation and critical departments including radiotherapy care were severely disrupted. Officials at the hospital system, which has six sites and around 1,000 beds, were quoted as saying that restoration of normal operations could be several weeks away.

RansomExx ransomware is to blame for an attack at French health insurance company Mutuelle Nationale des Hospitaliers (MNH) that has severely disrupted the company’s operations. The company’s website displays a notice stating that it has been affected by a cyberattack that started on February 5th. This attack has caused their websites, customer portal and telephone platform to go down. The attack is ongoing and under investigation, but operations are severely limited for clients.

Beleaguered game developer CD Projekt Red faces a new challenge as cybercriminals have obtained and auctioned off part or all of the source code for its biggest game properties including Thronebreaker: The Witcher Tales spinoff, The Witcher 3, a ray-traced version of The Witcher 3, Cyberpunk 2077, virtual card game Gwent and copies of the company’s internal documents. Experts suspect HelloKitty ransomware is behind the attack.

Is Your Biggest Security Threat Already Inside Your Business? Learn to spot and stop insider threats with this kit>> DOWNLOAD IT

Investigators handling a breach at QIMR Berghofer Medical Research Institute have announced that certain data stored in a file-sharing system from third-party service provider Accellion has been improperly accessed. Officials say that they were told that their data had been impacted by a breach at Accellion in December 2020, and subsequently discovered that around 4% of their data held by Accellion had been compromised. QIMR Berghofer said that it used Accellion’s services to share data related to clinical trials of anti-malaria drugs.

How to Create a Bring Your Own Device Policy (BYOD)