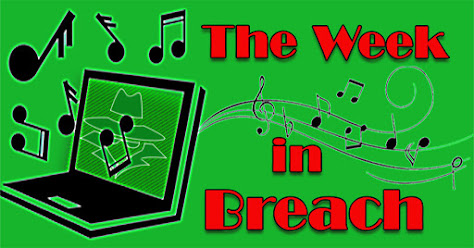 This Week in Breach News:

The fallout of last week’s massive nation-state hacking incident continues for Microsoft, Cisco & more organizations (and it isn’t letting up), plus yet another Spotify breach, all of the details you need to know about our exciting BullPhish ID relaunch event in January, how “Work From Home culture” spawns new risks that may be here to stay and the dangers of booming Dark Web data markets for your clients.

Another chapter in the SolarWinds Nation-State Hack opened when Microsoft disclosed that it had been hacked as well. The same suspected Russian hacking activity that rocked the world last week hit the software giant as well. This Microsoft compromise appears to have a direct path back to the infected updates to SolarWinds’ Orion. The company notes that it has “not found evidence of access to production services or customer data”, but that’s in dispute.

Individual Risk: No personal or consumer information was reported as impacted in this incident at this time but the incident is still under investigation.

How it Could Affect Your Customers’ Business: Nation-state hacking is a growing problem that can lead to damaging, nightmarish consequences. Every business needs to be ready for increased pressure from nation-state hackers in the future.

ID Agent to the Rescue: Your customers need solutions that protect their data from risks today and tomorrow, but tough times and tight budgets may be standing in the way of closing that sale. With Goal Assist, you can tag in an ID Agent expert to help you seal the deal. LEARN MORE>>

Cisco also took a hit in last week’s disaster, but it appears to have been very small. The company has so far reported that the SolarWinds Orion software update was only impacting a small number of computers in its’ test environments. Cisco says that no customer systems or data were impacted from their end.

Individual Risk: No personal or consumer information was reported as impacted in this incident.

How it Could Affect Your Customers’ Business Nation-state hacking is a risk that can only grow, and that has to be part of every business’ risk calculus. Putting overlapping protection in place can help your clients resist these attacks.

ID Agent to the Rescue:  Ensure that your clients are making smart cybersecurity decisions with our Security Awareness Champion’s Guide, featuring walkthroughs of today’s risks and how to beat them in an easy-to-understand videogame style. GET THIS BOOK>>

In their 3rd breach of the year, Spotify has announced that starting in April 2020, some user information was inadvertently exposed to third-party partners that shouldn’t have been able to access it. The leak was discovered and closed in November 2020.

The leaked information may have included email address, display name, password, gender, and date of birth for users. Customers should be alert for spear phishing and credential stuffing attempts made using this information.

How it Could Affect Your Customers’ Business: This kind of data inevitably makes its way to the Dark Web, providing fodder for cybercriminals to exploit to fuel future cyberattacks.

ID Agent to the Rescue: Dark Web ID helps protect businesses from Dark Web danger by watching for protected credentials to appear in Dark Web markets 24/7/365 and alerting your IT team if they appear. SEE DARK WEB ID IN ACTION>>

Energy customers in the city of Independence, Missouri were unable to pay their utility bills after a ransomware attack spurred the city’s IT team to take all city systems offline in response to a ransomware incident. The municipal government is still conducting investigation and remediation. Citizens can currently only pay utility bills in person.

How it Could Affect Your Customers’ Business: More municipalities are finding themselves in the crosshairs of cybercriminals looking to make a quick profit than ever.

ID Agent to the Rescue: Don’t just hope that you’re not next – fight back against ransomware threats with our eBook “Ransomware 101”. See why you’re at risk and how to protect your business fast. GET THE BOOK>>

Nation-state hackers are reportedly behind a data breach at a major California hospital. Sonoma Valley Hospital announced that it had been hit with a hacking incident involving a ransomware component as part of a wider hack by suspected Russian hackers. Ongoing forensic analysis since the October incident has revealed that patient data may have been compromised in the incident.

It’s unclear to what extent customer data was impacted, but it is possible that some personally identifying information and treatment data was accessed or copied by the intruders. The investigation is ongoing, but people who have been treated at this facility should be alert for spearphishing attempts.

Sustainable energy utility People’s Energy was breached by hackers, leading to the theft of its entire database. Both personal information of clients throughout Scotland, England, and Wales was taken as well as details about some business clients and general business information. People’s Energy has contacted the Information Commissioner’s Office, the National Centre for Cyber-Security, the energy regulator Ofgem and the police.

Data stolen included names, addresses, dates of birth, phone numbers, tariff, and energy meter IDs for private customers and those details plus bank account information from 15 business clients. Customers of the Edinburgh based utility should be alert to phishing and fraud attempts.

How it Could Affect Your Customers’ Business: Hacking incidents against infrastructure targets have been increasing, especially from nation-state hackers. Adding access point protection can help ameliorate those risks.

ID Agent to the Rescue: Secure identity and access management is a top CISO priority in 2020 because it’s effective against many types of threats, from credential stuffing to direct hacking attempts. Passly is the perfect tool for the job, with multifactor authentication and single sign-on built right in. SEE PASSLY AT WORK>>

The CRM developer made a big mistake this week when it came to light that an unsecured Microsoft Azure blob had left more than half a million sensitive business and client documents exposed. An estimated 587,000 files were involved in the incident: FedEx records, occupational health assessments, insurance claim documents from US firms underwritten by Lloyds of London, senior barristers’ private correspondence, and even internal complaints.

Individual Impact: No personal data was reported as exposed in the incident at this time, but that may change as the investigation progresses.

How it Could Affect Your Customers’ Business: Sloppy mistakes can lead to disaster, as is illustrated in this example. By promoting a strong cybersecurity culture and taking basic precautions, companies can prevent these accidents from happening.

ID Agent to the Rescue:  Encourage your clients to develop a strong cybersecurity culture to increase their cyber resilience, starting with phishing resistance training using BullPhishID – because regular security awareness training reduces a company’s risk of a damaging cybersecurity incident by up to 70%. LEARN MORE>>

Clop ransomware disrupted operations at one of the world’s largest manufacturers of flavors and scents. Allegedly, bad actors breached security through ransomware, stole 500 GB of unencrypted files, and encrypted close to 1,000 devices. Production was temporarily shut down but most systems have been restored.

Individual Impact: No personal data was reported as exposed in this incident, but that may change as the investigation progresses.

The Week in Breach News – Asia-Pacific

A server misconfiguration led to more than 130,000 highly sensitive files being exposed for more than three months. The data exposed belonged to both state employees and pensioners. The breach included thousands of government employee payslips, income tax details, and pension documents that had information including full names, addresses, bank account numbers along with IFSC codes, phone numbers, and salaries drawn, among other data. Some of the exposed files also included photos and thumb impressions of various state government employees and pensioners.

Employees and retirees of the State of Telangana should be alert to the potential for identity theft, fraud, spear phishing, and impersonation that this information causes.

How it Could Affect Your Customers’ Business: This kind of information is valuable, and cybercriminals know that they can make a pretty penny on it in the booming Dark Web data markets.

ID Agent to the Rescue: Protect your business from Dark Web danger with Dark Web ID, the always-on guardian that you can trust to alert you immediately to Dark Web credential exposure. LEARN MORE>>

Defense technology contractor ELCOM got a nasty surprise when it uncovered that a malicious insider had taken part in a hacking incident that resulted in the theft of classified and sensitive information related to defense technology. India’s military branches and intelligence agencies were informed of the potential risk, as well as local, regional, and national authorities, and an investigation is underway.

Individual Risk: No personal or consumer information was reported as impacted in this incident.

How it Could Affect Your Customers’ Business: Malicious insiders are a nightmare for any business, but especially one that deals in classified defense-related data and systems.

The Week in Breach News Guide to Our  Risk Scores

Risk scores for The Week in Breach are calculated using a formula that considers a wide range of factors related to the assessed breach.